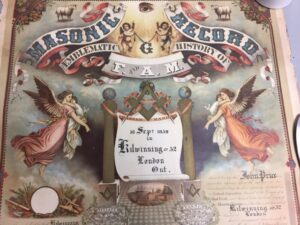 Kilwinning Masonic Lodge No. 64 in London, Ontario brought its first members together in a common bond of brotherhood more than ten years before Confederation. Before Canada became a country, Kilwinning became a Lodge.

Our membership draws from every walk of life, including lawyers, teachers, factory workers, students, electricians and ministers. We’ve had some brewers in our membership including John Labatt. With roots back to the 1850’s, our register has listed some occupations not commonly found today: cooper, watchmaker, organ builder, and carriage builder. 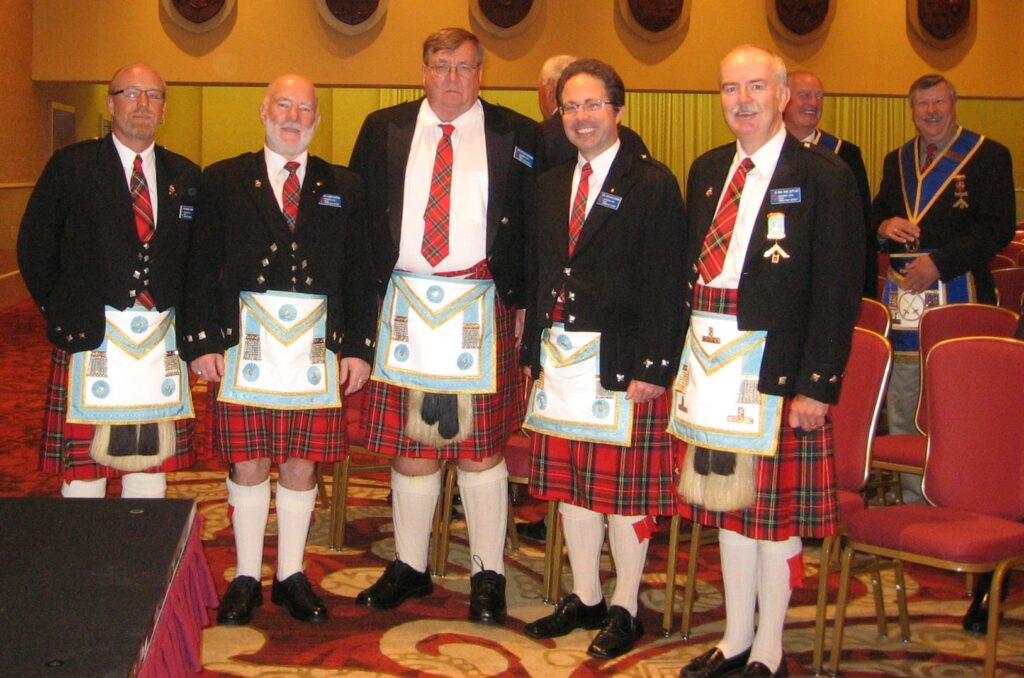 We invite you to explore our website and Facebook site to learn more about Freemasonry in general, and Kilwinning Lodge in particular. We have a long and distinguished history that we are happy to share.

In 1853 the Great Western Railway reached London, spurring a population boom and its designation as a city in 1855. At that time, the city had only two Lodges, an English and Irish.  The Grand Lodge of Scotland had never warranted a Lodge in Upper Canada, but the Scots among the Lodge’s founders must have felt that this could be remedied by adopting a Scottish name. For that purpose, no better name than Kilwinning could have been found.

On April 22, 1856 Kilwinning Lodge was granted the use of St. John’s Lodge No. 209 Lodge room to conduct its meetings. Kilwinning Lodge was first assigned the number 32, but when the “ancient’ (Provincial) Grand Lodge united with the Grand Lodge of Canada in July of that year, Lodge numbers were granted on their seniority and Kilwinning Lodge became No.64. The Lodge was instituted on May 15, 1856 with eleven members. The fact that at least six of the founders were from St. Georges Lodge No.859 resulted in St Georges being regarded as the “mother” of Kilwinning. At its second meeting on June 19, 1856, another eleven members affiliated, ten of them from St. Johns 209.

Each generation of Kilwinning Masons brings in new traditions. For our 100 year anniversary in 1956, the official officers’ dress was changed to the kilt. Fifteen years later, Scottish Appreciation Night started as an annual tradition. This event celebrates the Scottish heritage of the Lodge and continues to this day. Being conveniently close to Robbie Burns birthday, this is our annual “haggis bash”. In February we warm things up with our annual Chili cook-off and presentation of the “golden-spoon” to the victor. 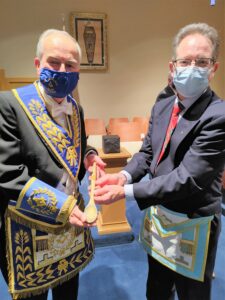 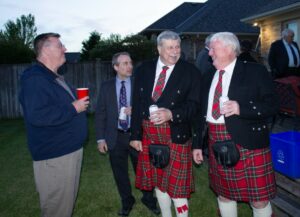 Members socializing after a meeting